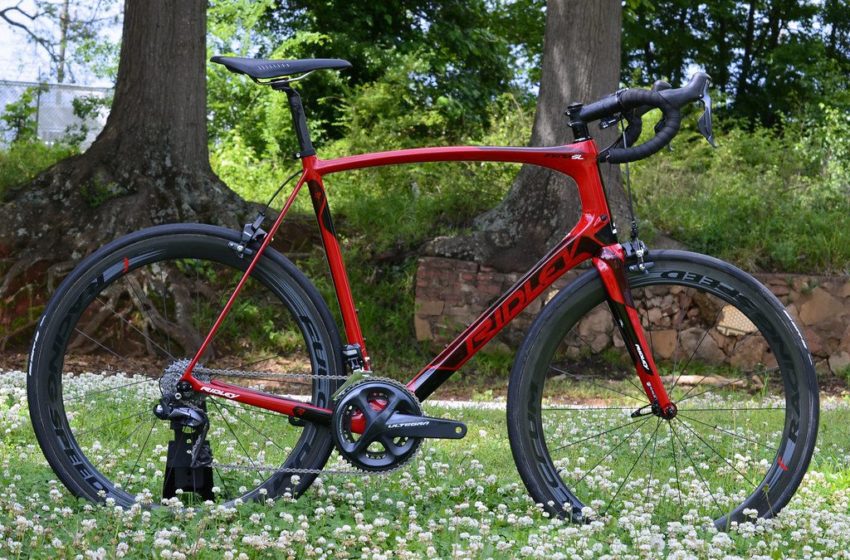 From Belgian manufacturer Ridley, here comes the 2022 version of the Fenix, a performance-oriented road bike with a classic endurance geometry.

The Fenix ​​SL Disc is a really tough bike. It shines on all types of roads, uphill, on flats and downhill, and with a tire clearance of 28c it can also handle difficult Paris-Roubaix style cobblestones. Wherever the road takes you, you’ll have a reliable, stiff, and responsive bike between your legs.

As stiffness is really its main characteristic, the Fenix SLiC is not really a bike for everyone

As often is the case in the road bike world, Ridley manufactures an aluminum version, the Fenix SLA, and a carbon model, Fenix SLiC.

The compact and aggressive geometry make it delightful to pedal for trained endurance cyclists who love to push their limits, but if you’re a beginner in endurance cycling, maybe something a bit more comfortable could do you better – but here’s where the Fenix SLA comes in to play, we’ll see how the slightly different geometry and the aluminum frame are actually an advantage for beginners and folks who like comfort above performance.

The Fenix ​​SLA Disc shares indeed many qualities with their top model, the SLiC carbon. It incorporates a diamond-shaped down tube that adds strength and stiffness to this endurance road bike.

But it also has thinner and lower saddle stays, which greatly increases your comfort level. Its responsiveness is also unbeatable thanks to its wide bottom bracket and stiff front tube. Albeit a bit heavier and featuring of course more basic components, the SLA is the winner of our value for money competition for the Fenix series.

The RIDLEY Fenix SLA Disc made it into our list of
> 11 Best Road Bikes for Ladies [from Cheap to Top, from Beginner to Pro]

As geometry is concerned, all parameters are in the average range for endurance road bikes, the aluminum version though has a longer stack, slightly shorter reach, and way longer seat and head tube.

As we can see from the table below, the Ridley Fenix SLA model refers to aluminium frame, while the SLiC series is made of high-grade carbon.

As usual for different models of the same road bike, the main difference sits in the groupset, with the presence of an electronic drivetrain in all SLiC models, the name of the models indeed specify which drivetrain is used, SRAM Rival eTap, SRAM Rival AXS, or Shimano Ultegra DI2.

Again here we can see how the main differences are of course between the budget Fenix SLA and the more expensive SLiC.

All the SLiC indeed feature similar components, with the exception of the Forza Aero Integrated handlebars on the Ultegra version, which doesn’t require a stem.

Rims and saddle are also updated on the Fenix SLiC Shimano Ultegra DI2.

Ridley is a leading European bike manufacturer from Belgium, one of the undisputed birthplaces of cycling. Ridley bikes are good enough to be used by pros in the world’s most important road cycling competitions, such as Tour de France and Giro d’Italia.

Are Ridley bike frames made in China?

Although the design and final built are handled in the Belgian quarters, frames are produced in two massive factories in China that make all carbon frames for Giant, Cervelo, Scott, Trek, Ridley, Colnago, Specialized, and literally hundreds more brands.