Russia. Sochi. February 2014.The Putin’s Olympic games are over from a few hours and the Paralympics are starting.

Rights issues had been discussed for a few months,seems that the media noticed human rights problems in Russia just a few days before the games. The information was often unidirectional and superficial. Probably without Obama’s refusal to attend the opening ceremony almost nobody would spoke about that. Besides the fact that the LGBT community members just asked to don’t boycott the Russian Olympics, for them it could be a tool of protest and visibility. Not to mention the hypocrisy of the whole thing.

So, logically speaking, even the USA Olympics should be boycotted in protest against the death penalty, or for the U.S. invasion of dozens of states. And also to those in Beijing would be advisable to don’t go. In any case, always better then the Italian attitude towards Berlusconi’s friend, who recently said ” if he was gay nobody would touch him with a finger”.

Another important factor in this story is the Circassian issue. For people in Russia, “Sochi” is just the name of a place without any particular meaning. In contrast, to the Circassians, the indigenous inhabitants of the Northwest Caucasus, Sochi is not only a word in their native language (which can be translated as “extreme heat” ), but it is also a symbol of the Circassian national tragedy. According to the memoirs of Russian military historians and General Berzhe, Velyaminov and Potto, the coastal region of the Black Sea has been the arena of the most fierce battle in the history of Russian- Caucasian war of the nineteenth century. Their estimates speak of at least three hundred thousand Circassians died in this area.

Circassian sources, on the other hand, reports that these mortality figures have been deliberately lowered. Based on data collected by foreign experts in the Caucasus, the scholar Samir Khatko wrote an academic article arguing that in the last four years of war in the Northwest Caucasus the deaths on Circassian side were actually more than one million. According to data from Khatko, a more or less similar number of people were deported from the Caucasus to the Ottoman Empire. As a result, in the contemporary world, the Circassian diaspora has about six million people living in many different countries – a figure that exceeds six times the number of Circassians living in Russia. On July 5, the Caucasus Time published an historical essay entitled “The Games on the bones”. The article contains an analysis of the history of the nineteenth century in Sochi and does not support the organization of the Olympic Games in the city. The phrase “Games on the bones” is not just a figure of speech but a literal description of recent developments. There were reports that human remains unearthed during the construction of Olympic facilities in Sochi are being desecrated.

The Circassian diaspora is not willing to accept such a treatment by Russia. “During Putin’s visit to Jordan, he was asked a question about Circassia. Russian President replied that Circassia is an internal problem of Russia. “This is absolutely false,” countered Iyad Yougar, president of the Circassian Cultural Institute in America, “because we, six million Circassians in the diaspora, we have never been Russian citizens. Become Russians it’s impossible even if we want to, because Russia will not let us in. So, we are deprived of the right to regain our historic homeland, Circassia. This is why we insist that the Circassian problem is international in nature and is a matter of international law”.

There remain the problems with Georgia, where long discussion where held on the Olympic boycott.

As long as the Russian troops stationed in Abkhazia and South Ossetia and the Russian embassies have offices in Tskhinvali and Sukhumi, there can be no peace between Russia and Georgia. Therefore, take part in a competition (as far as international) in hostile territory does not make sense.

In addition, opponents point out that the 2014 Sochi Olympics are not only a sporting competitions, but also a personal project of Putin, of fundamental importance for the president.

There is also a more pragmatic argument : scarring in the West, which does not recognize Abkhazia, some feared that Russia could make demonstrative gestures like accrediting Abkhazians journalists as representatives of an independent state, to invite the Abkhaz leader, organize days of Abkhaz culture and much more.

That this is no fantasy is demonstrated by the fact that among the torchbearers there is a pilot who fought against Georgia in August. The point is not so much the presence of a veteran among the approximately 14,000 torchbearers, as the emphasis given to this by the Russian media.

Georgia has also played the Circassian card. Until the Russian colonization, as is well known, Sochi and Krasnodar region were inhabited by the Circassians, almost completely expelled in the 18th century. The interests of Georgia were found to coincide with those of the Circassian activists of various organizations for human rights, which found unacceptable to carry the Olympic Games in the region that saw the genocide of the Circassian people.

If in October 2012 Saakashvili’s National Movement had won the election, probably Georgia would declare solitary boycott of the Olympic Games.

However, the National Movement lost the election, won by the “Georgian Dream”, who already during the election campaign, promised to improve relations with Russia and, among other things, to send the national team in Sochi 2014.

To deepen all the topics covered here, you can visit the Sochi Olympics dossier on the Observatory Balkans and Caucasus website.

Despite all, the Putin machine went on, coming to spend an astronomical amount. The Olympics in Sochi have cost more than any other Olympic game before, both summer and winter. The final cost reached $50 billion, even if the initially planned figure was 12 billion.

To make comparisons, the Winter Games in Vancouver costed 14 billion, Beijing and London cost 26 billion and 11 billion. Obviously, costs have soared because of procurement given to friends, but this is normal according to Putin, this happens in all the countries of the world. You can understand something more in this documentary, where also the issue of forced evictions can be understood, which where not paid with the due compensation: 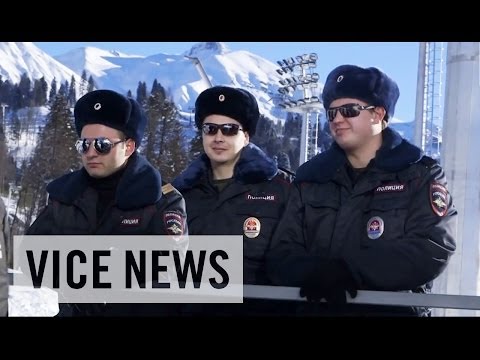 As if that were not enough, “To prepare the 2014 Winter Games”, you can read the report by Human Rights Watch in 2013, “Russia has had to radically transform Sochi, a Black Sea coastal town, building sports facilities, luxury hotels, as well as modern infrastructure and communications systems. “To do this, and conclude this pharaonic work with the minimum cost, Russia has also exploited “16,000 immigrants from abroad”, often held in harsh conditions: the workers working for “twelve-hour shifts, without being entitled a day of rest” and after that “had their passports and work permits confiscated, to make sure that they’ll don’t rise up and make them unable to escape”.

The history of this exploitation, which for HRW concerned mainly immigrants from the Caucasus and Central Asia, has also became the story of this hundred Serbian and Bosnian workers: lured by ambiguous intermediary agencies, or by construction companies, enticed by the promise not pharaonic but certainly substantial wages, good to settle for several months once back at home, in Serbia or Bosnia-Herzegovina, and then fell victim to a veritable racket of international exploitation.

What about the law on so-called homosexual propaganda, the law passed in June this year to find a new enemy of the state. About the “movement” Occupy Pedophilia, there is this exhaustive documentary : 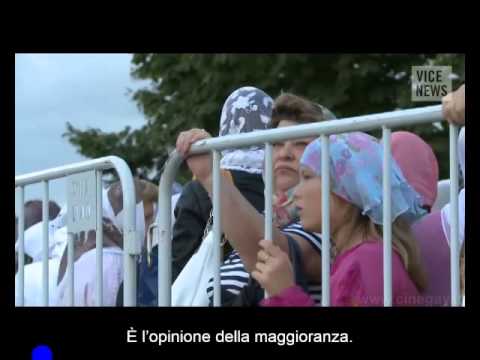